From the pages of his own journal, Pastor Stephen Grant tells a riveting mystery involving deception, betrayal, sacrifice and friendship, along with plenty of action and questions about what we truly can know about others. Grant takes us on a personal journey across decades and around the world, from Long Island to Vietnam.

This is the second Pastor Stephen Grant story told from Grant’s own viewpoint, unfolding each day in the pages of his journal. 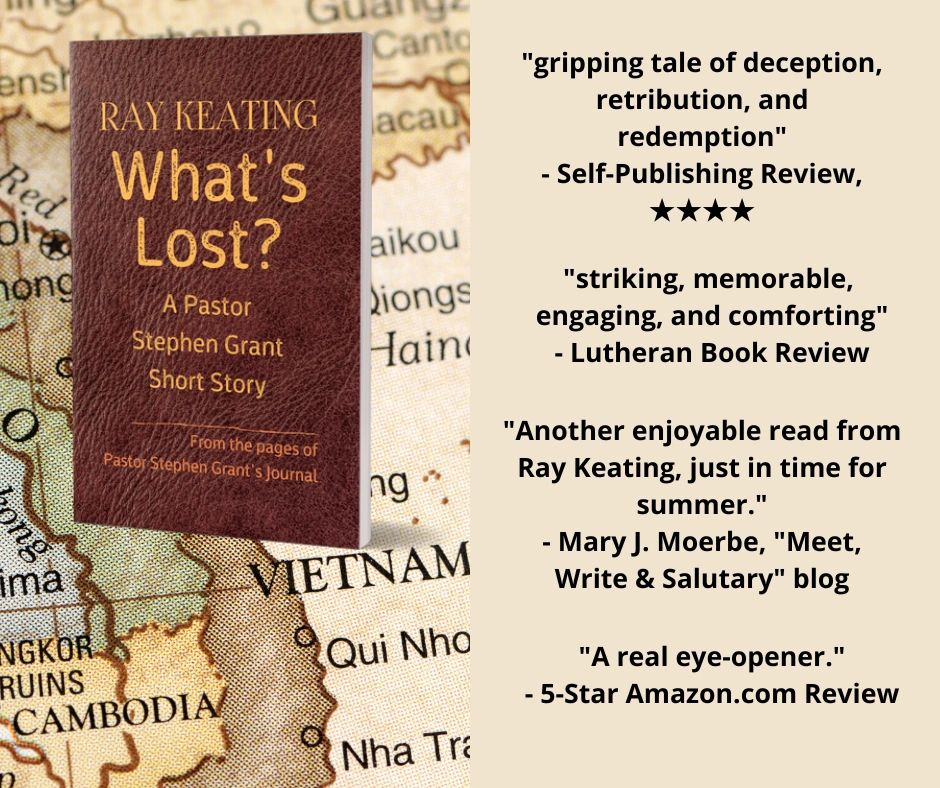 "The first-person perspective gives the Stephen Grant universe some freshness while we wait for the main plot to continue. The wrap-up to What's Lost? gives the reader valuable insight into the man behind Grant, author Ray Keating... In his Stephen Grant short stories, Keating shows a depth of understanding of the human condition, our need for honest self-evaluation and correction under God's law, and our need for Christ's gift of forgiveness. His pastoral protagonist gives and receives pastoral care. The character development of Grant and that of his family and friends avoids the "reset" trope of so much literature and television. The humanness of the novels and short stories is striking, memorable, engaging, and comforting. We grow along with Stephen. We look forward to future fiction titles by Ray Keating!"  - Lutheran Book Review

(Free shipping only within the continental U.S.)